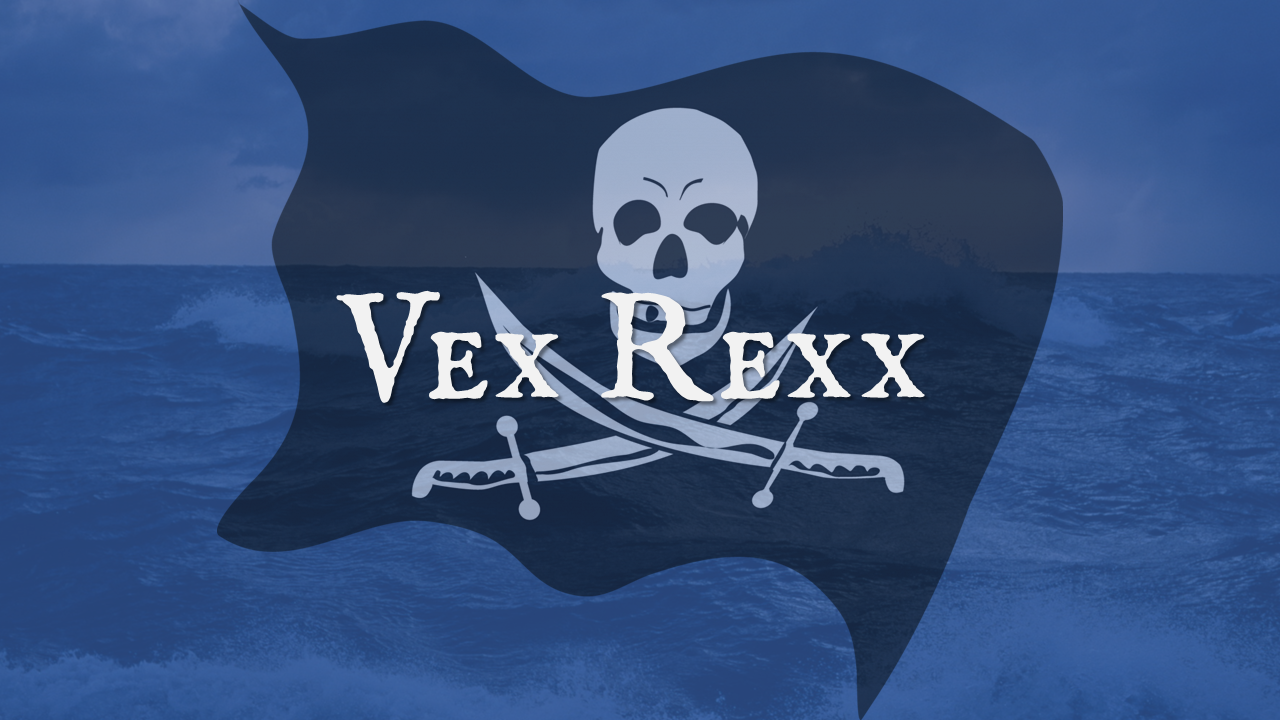 Vesh Rexx saunters up to the table where the crew is being selected, “Allow me to introduce me-self. Me dear ol’ mum, Sharog Rexx wuz er name, wuz an orcish pirate ya see and me da’ wuz a human swabbie on her ship…They had themselfs a bit o’ the fun one warm summer night at sea, and she found herself wit’ child. Me ma’ wuz’ not a very good pirate ya see, and he found himself on the wrong side of the hangman’s noose afore i wuz’ born. Me mom delivered me right there on the ship; she did. I be true born for the waves I tell ya true! A finer hand ya’ll not fin’ in this port!”

Vesh was born aboard a ship in the pirate-infested Blood Sea. His mother is an orc and a pirate captain, and his father was a human crew member. His father was executed before he was born. He was captured by authorities and convicted of piracy. His mother raised him on her ship, The Gloomy Dawn.

Most of the crew considered the boy unfit for pirate life and constantly accosted him. When he told his mother about their abuse, she snarled at him and told him to toughen up. She was embarrassed by him, and so were the crew. Despite not having a happy childhood, he remained the fun-loving type.
He grew into a very tall and massive young half-orc. He became feared by the other crew members not for his actions but merely for his size. The crewmembers that once abused him now feared him, and they sowed mistrust throughout the crew of the ship. Vesh became a capable sailor and swordman. He raised through the ranks quickly, which only made his detractor angrier.

After a raid on a small village, Vesh was seen giving loot to a family and helping them escape. The crew saw their moment. The detractors worked up the crew into a frenzy and demanded that Vesh be marooned, or they would vote for a new captain. Vesh was thrown overboard close to several small islands. After swimming to shore, he swore he would get revenge on those that betrayed him, including his good-for-nothing mother!