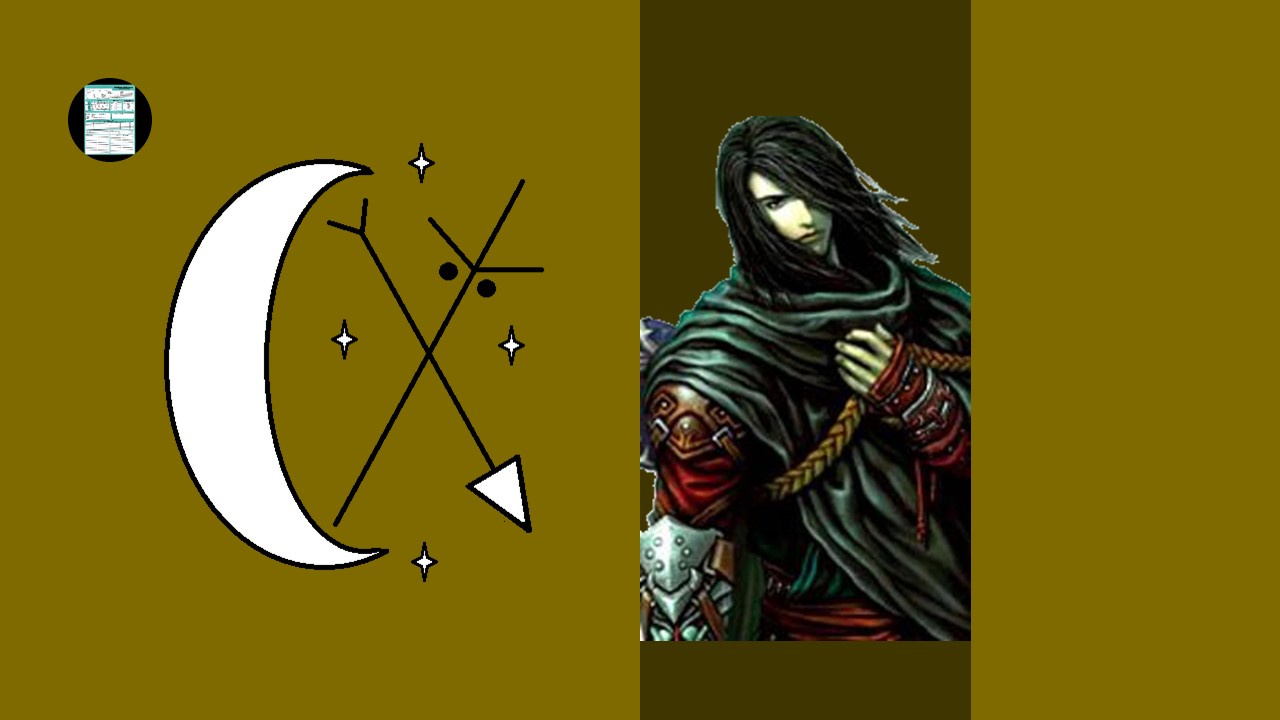 Serillian Lokiira (Nightstar) was nicknamed ‘the Alabaster’ due to his smooth, porcelain-like complexion by humans. A moon elf orphan, he was taken in by a family of sun elves of the house Durothil and brought to Evermeet at a very young age. He remembers little about the journey to the island or his time spent before coming to his new home, although he sometimes has nightmares of the undead. Elf’s dreams are quite rare, so he thinks these visions must be a clue to his family’s fate. He has developed an intense hatred for the undead and is somewhat fearful of them.

Growing up as a Teu-Tel’Quessir (moon elf) in an Ar-Tel’Quessir (sun elf) family, he was easily able to take the more stoic sun elf look at life early. For what is the moon but the reflection of the sun at night, different sides of the same coin? As he grew older, his family became very tolerant of his nighttime activities, frolicking in the villages and forests under the moon and stars.

As it was time to choose a path, things became more difficult. Because of his height and ‘less reserved’ nature compared to his fellow sun elves, all were sure he’d be a great warrior and began to train in the military. Initially, he showed great promise in these pursuits and worked hard to make his mark and show his worth to his adopted family and homeland. His skill in combat was not based upon his physical prowess, but rather his great intelligence and dedication to hard work. To him, combat was a game of chess and willpower. A study in strategy and tactics rather than just the use of size, speed, and strength. The other young elven warriors soon caught up with him physically and began to overshadow his martial skills.

Disheartened but not defeated, he redoubled his efforts to be the greatest warrior in his class. Then something unexpected happened. While most elves with the gift of fear (the art, magick) are discovered and trained at an early age, somehow this affinity was missed in Serillian. His raw abilities began to manifest themselves in many different ways than typical. Blending his fighting skills and magick together, he became a fighter mage. He was allowed to join the elite order of Keryfaerni (War Wizards) in the service of the queen and the people. He had made the house of Durothil proud.

When he began to show such promise, a special interest was taken in him by some of his instructors. Where exactly did this elf come from? Sages began to try to find clues to his line. An ancient amulet that he had possessed the only key bit of information about his link to the Nightstar clan. His family were rumored to have been some of the last defenders of a vast Elven stronghold of Myth Drannor, and fought side by side with Ilianaro Durothil himself. It seems no accident that he came to under the protection of the House of Durothil when he was brought to Evermeet.

He now had a great desire to learn of his past and the fate of his clan. Could there be others of his lineage still left on Faerun? Who was responsible for his clan’s destruction? What happened to his parents? Does he have a close family yet to come to Evermeet, or is he actually related to those on the island of House Nightstar? He has found many friends amongst the Nightstar moon elves and spends as much time with them as with his own Durothil family.

He now travels Faerun as a gypsy, similar to many adventuring moon elves in the Realms with wanderlust. His personal mission is to find if there are more of his kin. He seeks to gain useful experience and skills to help further his position in the elven military in the defense of Evermeet upon his return to the Green Isle.

In secret, he is only posing as a gypsy and wandering adventurer. He has been sent back to Cormyr as an emissary, chosen directly by Queen Amlaruil herself, to herald the beginning of the Retreat. For decades they have been planning, but the time has now come for all elves to reunite on Evermeet. This is the perfect mission for Serillian. He has a strong desire to both help his people as well as travel the realms and see Myth Drannor. He hopes to find any clues about his family. He seeks official court with the remaining elven strongholds as well as any wandering elves to usher them to come home to Evermeet.

Prior to casting a spell requiring two hands, if Aera’La (Night Song) is drawn he’ll drop to a knee for an instant and thrust the sword into the ground to have both hands free. He then quickly rises, casts his spell, and instantly draws the blade. He’s practiced this maneuver many times over so he can keep his sword at the ready. It’s quicker than sheathing/unsheathing his sword, and the speed and grace which he does it tells everyone of his great skill with his weapon. He uses his spells sparingly so as not to be caught without options. Serillian focuses on reinforcing his regiment (party) or targeting difficult threats, such as other spell casters, with them. His tactic against other spell casters is to use quick spells that disrupt another caster’s concentration so they cannot be fully effective. As tactical support, he has not only learned how to cause great damage with sword and spell but to heal his team members. For a war wizard, winning a battle means being able to not only deal but to recover from damage.